When Juan’s Flying Burrito announced it would close its Uptown location on Magazine Street, the local restaurant brand also said it was determined to find a new home somewhere around the same general part of town. 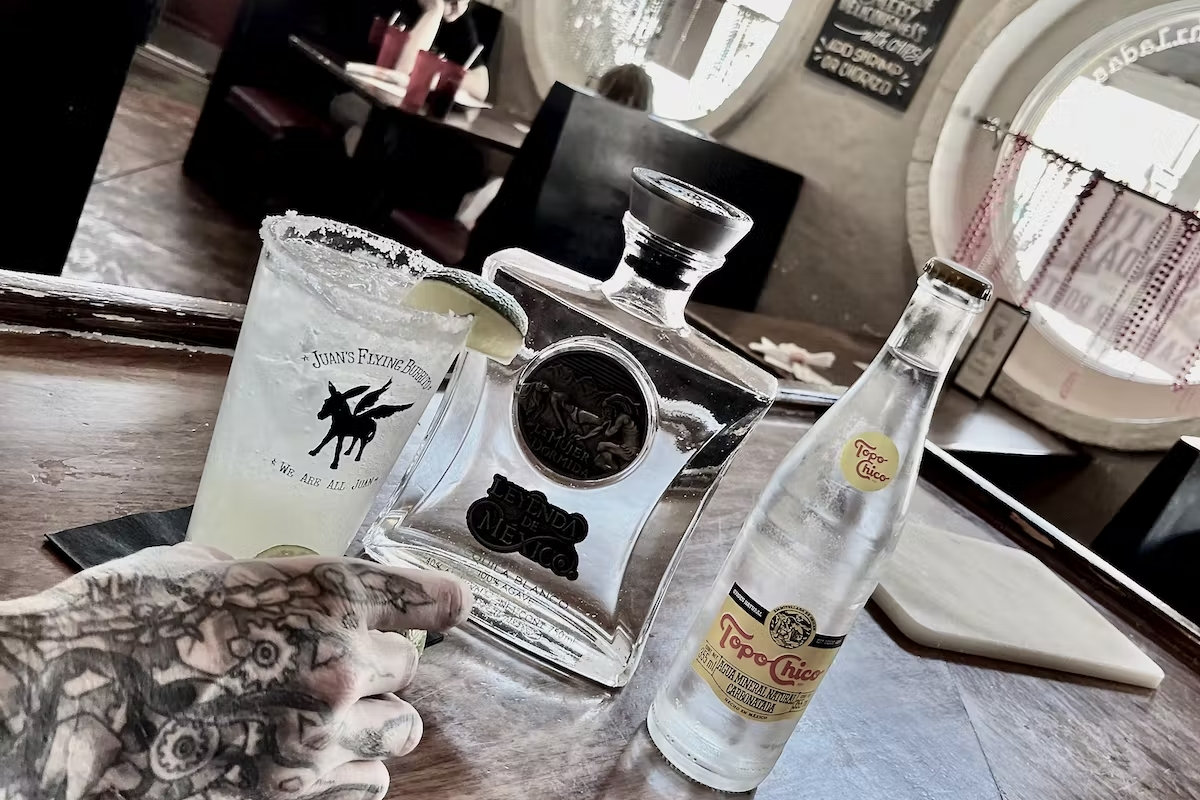 The local favorite will reopen an Uptown location in the former home of Live Oak Cafe. Juan’s Flying Burrito, New Orleans’s Tex-Mex mini-chain with a cult following (and a small but vocal group of detractors) will reopen on Oak Street after closing its Uptown location due to rising rents, co-owner Jay Morris confirmed Tuesday. 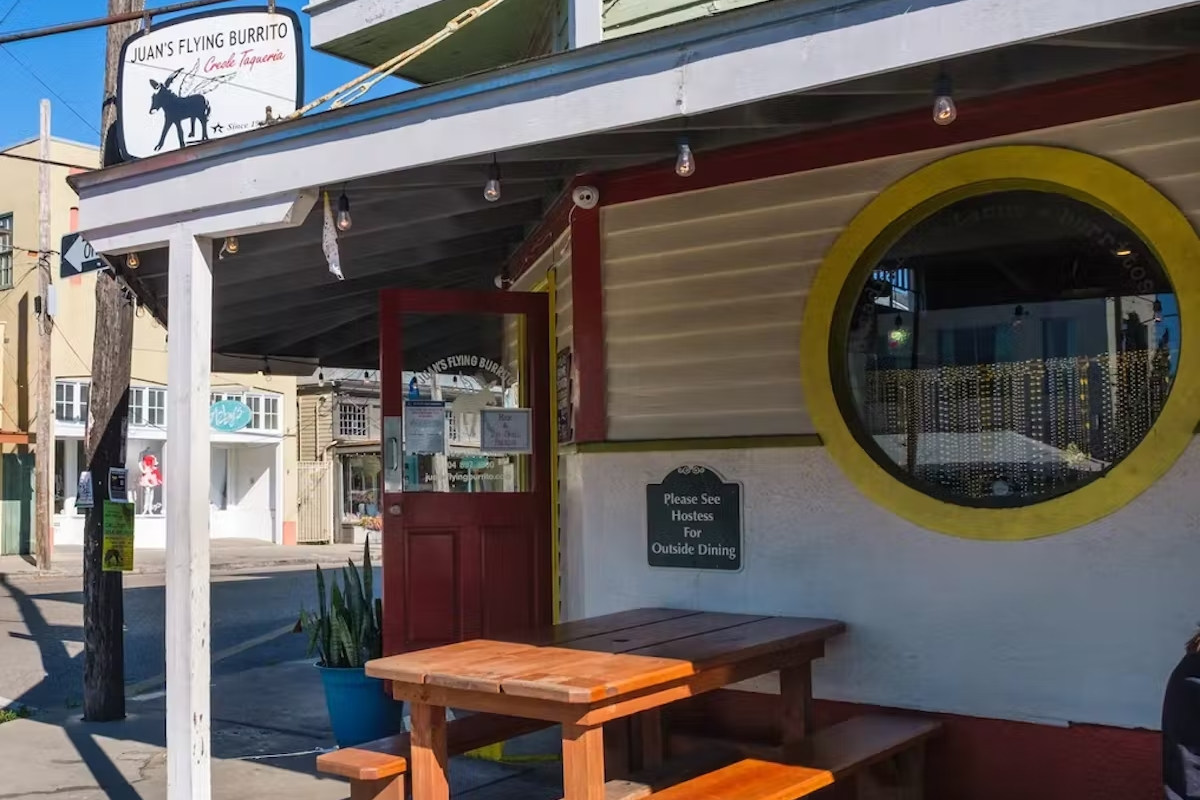 Imagine walking down New Orleans’ Magazine Street, the first five blocks of which were created in 1788. A stone’s throw from the Mississippi river, the street is now six miles long and lined with quaint shops occupying buildings constructed in the 1850s. Restaurants are abundant, but one serves up both culinary and musical delights: Juan’s Flying Burrito. 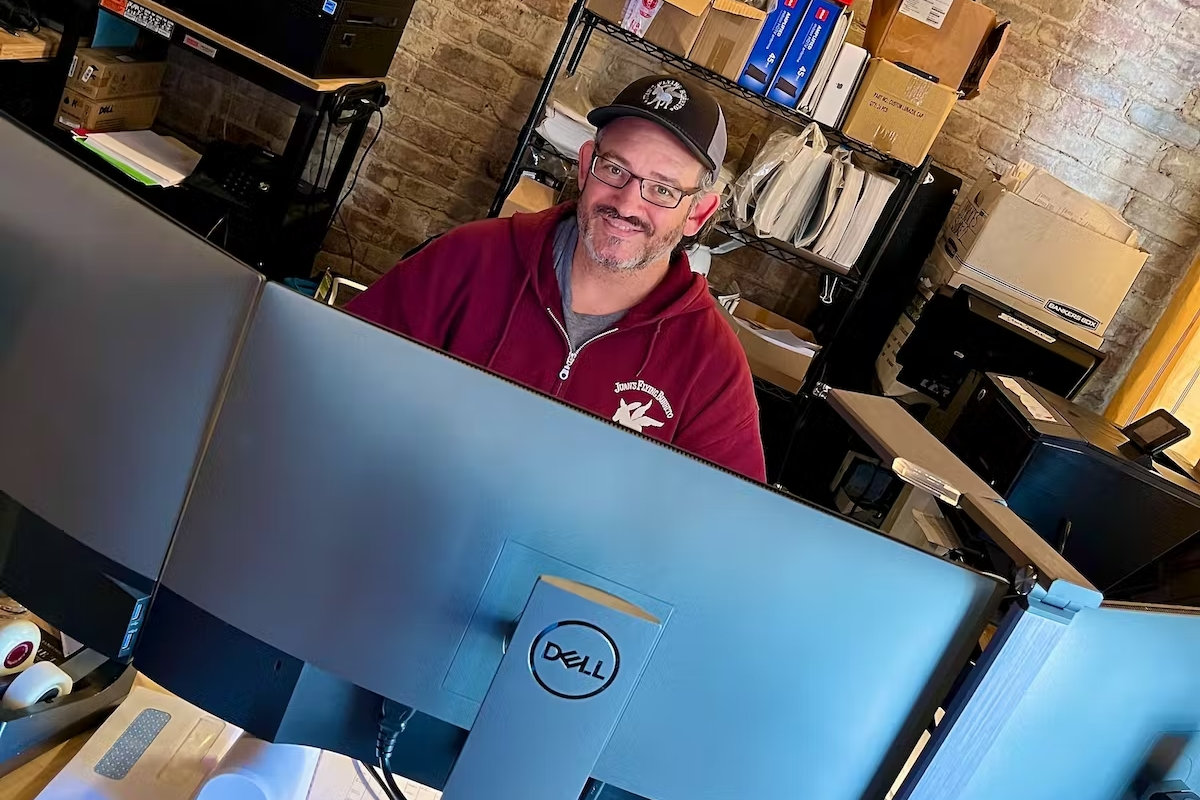 Fox8's David Jones and our own CFO, David Greengold, provide the latest on the closing of Juan's Uptown. 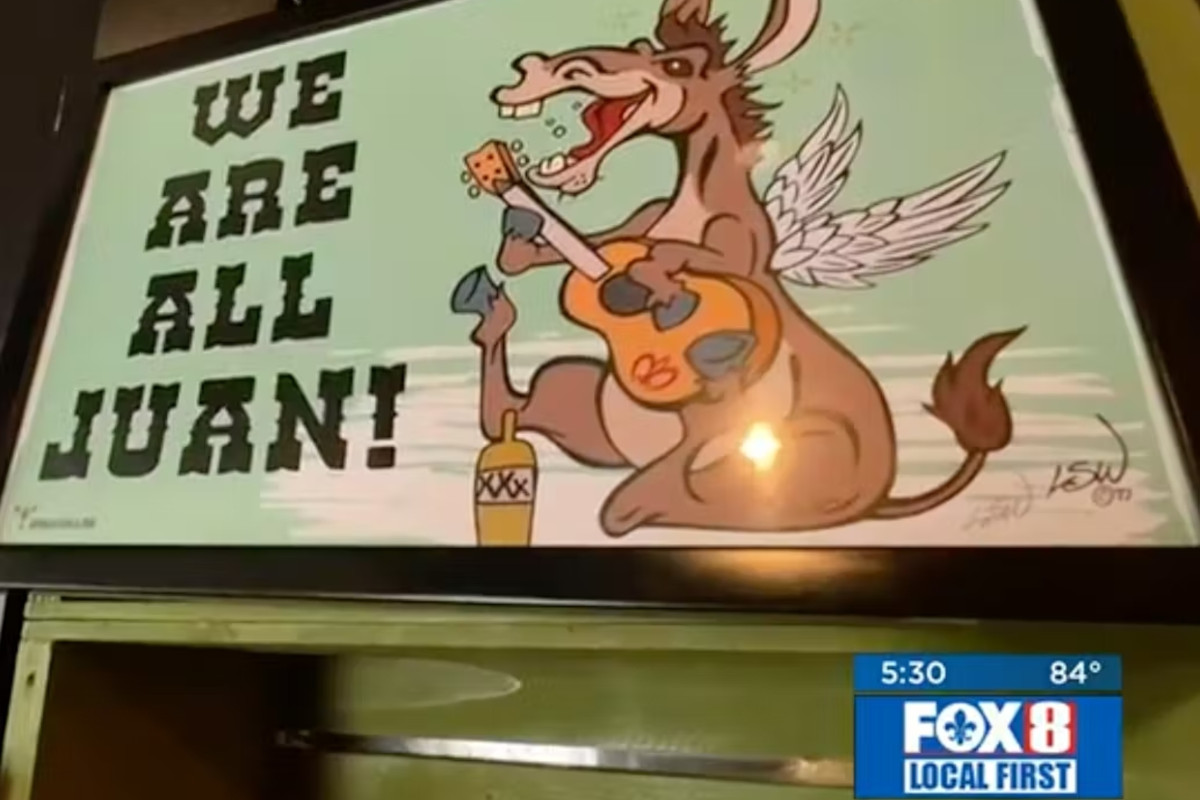 Get the latest from our own CFO, David Greengold, through Ian McNulty and the exclusive online content provider of The Times-Picayune and The New Orleans Advocate.
Note: Access to the article is free for nola.com subscribers. 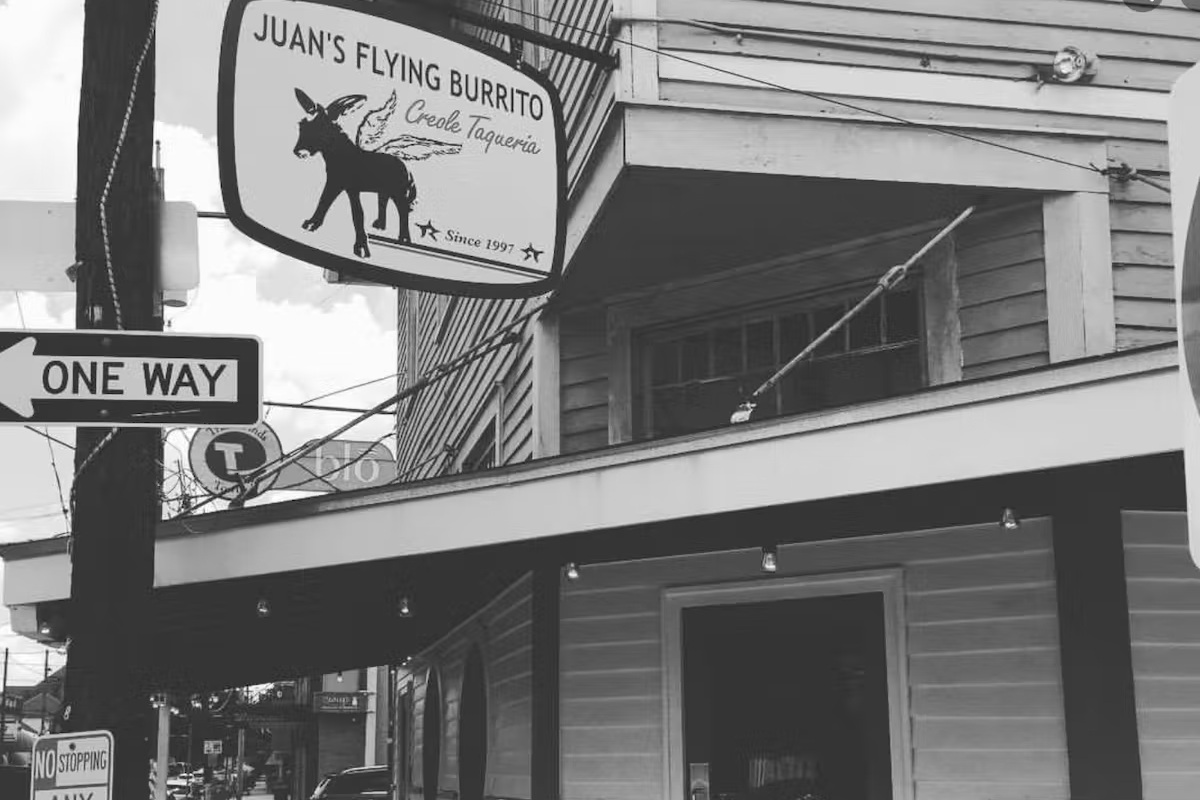 DOWNTOWN PENSACOLA OPENING - A LOOK INSIDE 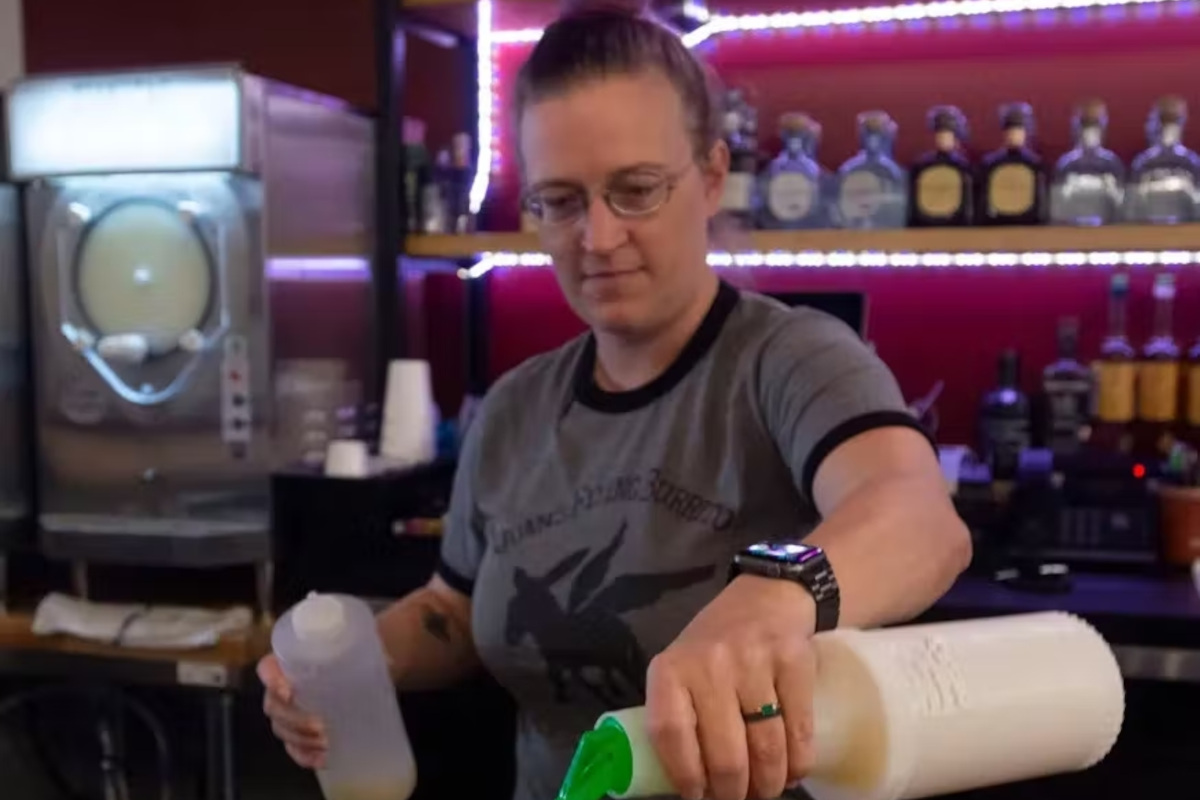 After two decades of grinding out cultural treats for NOLA, we decided to take our fly food and drank on the road, and our first stop is Pensacola, Florida. 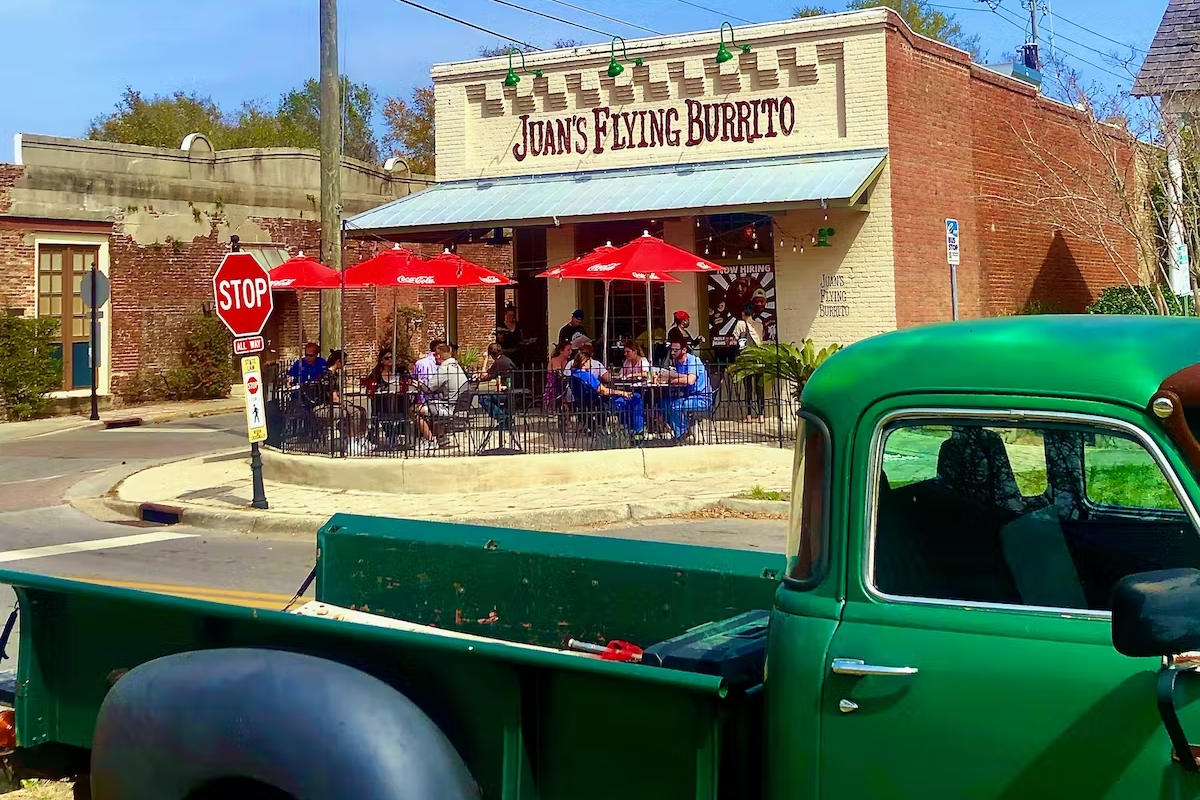 Take a listen and find out the REAL NEWS about Juan's Pensacola opening with Jay Morris of Juan's Flying Burrito and Rick Outzen of WCOA Pensacola Radio (1370AM/104.9FM). 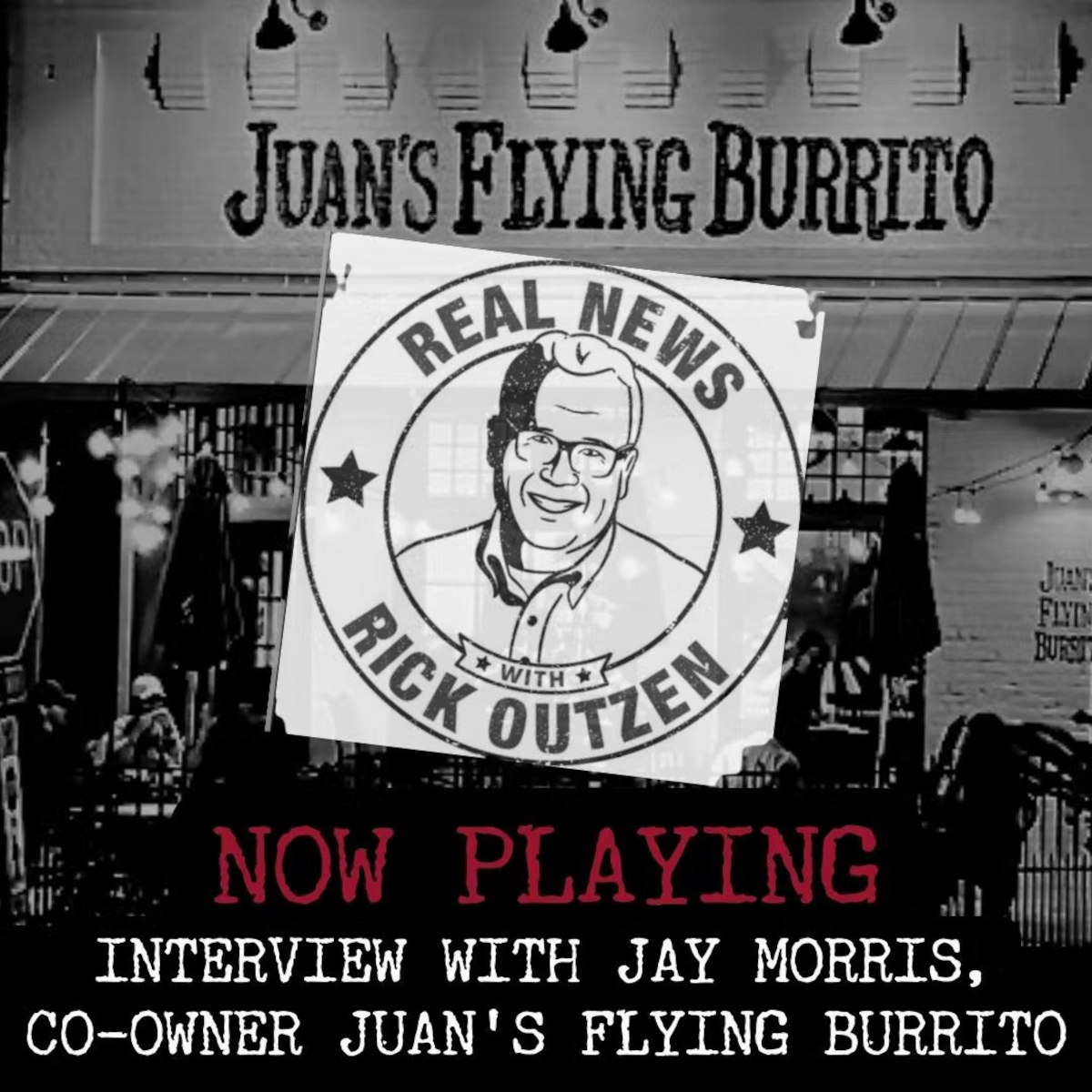 Check out artist Eniko Ujj the painter of the We Are All Juan mural.: 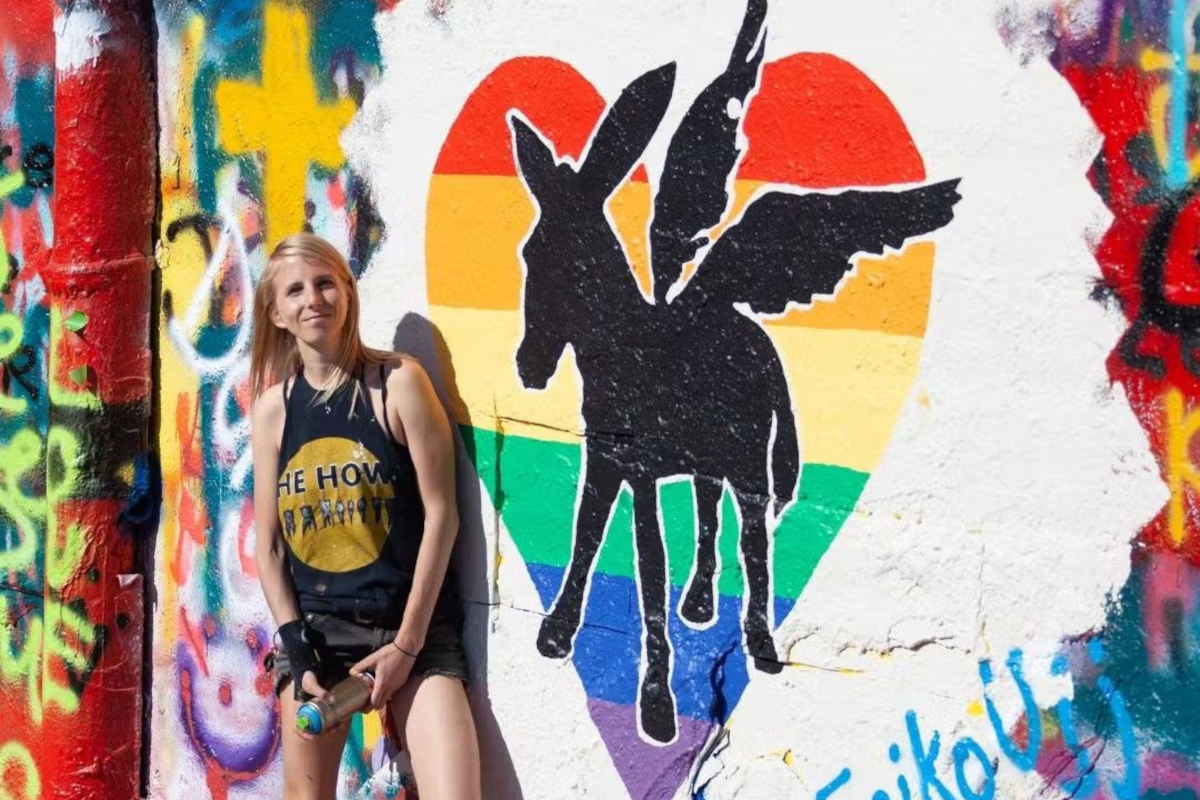